Our Story of Firsts

As a sixth-generation family-owned and operated business, the Billow Funeral Homes & Crematory is the oldest firm, regardless of industry, in Summit County. The Billow Funeral Homes & Crematory has a rich tradition that spans six-generations of honoring every single life with dignity and respect, while holding fast to an unwavering commitment to provide compassionate healing experiences for the families they are privileged to serve. 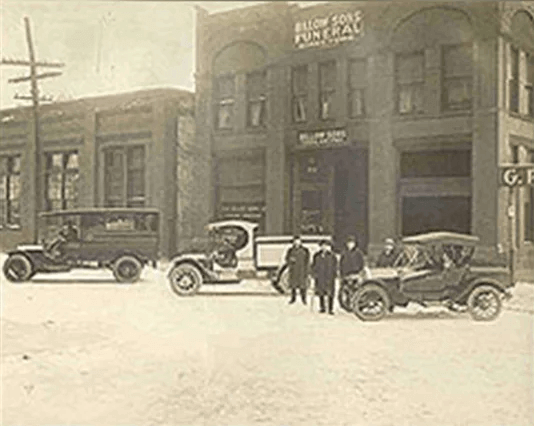 In 1875, Captain George Billow, a Civil War veteran who served in the Union Army, founded The Billow Undertaking Company. Captain George was an Akron entrepreneur who ran a logistics company prior to the outbreak of the war. He operated teams of horses, buggies and carriages that delivered cargo from the Ohio & Erie Canal. After the conclusion of the war, he learned the embalming trade and upon returning home, Akron's first funeral home was born. As a testament to his legacy, you'll see Captain George's portrait hanging in the main foyer of both Billow's Fairlawn and Cuyahoga Falls Chapels.

In 1881, after establishing one of the industry's premiere funeral homes, the Billow family became one of the first founding members of the Ohio Funeral Directors Association, an association that provides innovative leadership development programs to hundreds of member firms statewide. Billow's was also one of the first firms to join the National Funeral Directors Association, and the Billow family helped to set the national standard for funeral service.

"We take pride in our rich history, which is fueled by the trust and loyalty that Akron families have placed in our family. Akron is our home and we feel a tremendous responsibility to serve to the best of our ability," shares Nathanael Billow, Vice President and Treasurer of Billow Funeral Homes & Crematory.

The Billow family served Akron outside of their successful funeral business, as well. In 1911, the family saw a need in the community for citizens to be delivered quickly to the hospital in the event of emergencies. The Billow family partnered with Akron City Hospital and operated the area's first ambulance service. 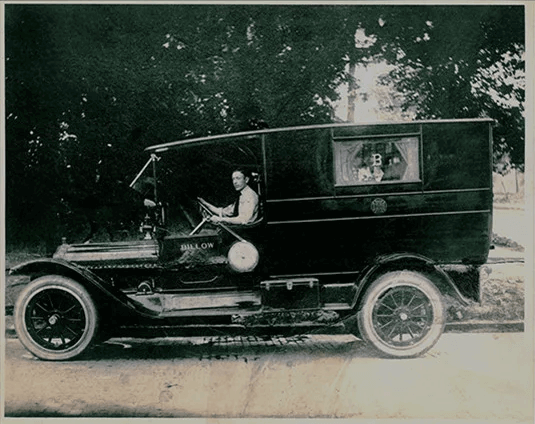 Additionally, since 1933, Billow's has been a member of Selected Independent Funeral Homes (SIFH), the industry's premier trade association. Membership in SIFH is exclusive, with membership limited to only those privately-owned firms who display a commitment to compassion, integrity, and ethics, while delivering the highest levels of service. Billow's was one of the first firms in the country to be invited.

In 2017, fifth-generation funeral director and owner Charles M. "Chip" Billow was elected President of Selected Independent Funeral Homes, one of the first Ohioans to serve as the leader of the association. "We view ourselves as stewards of the funeral profession, which is why we have been, and continue to be so involved in the state and national funeral associations. One of the best aspects of serving as President of Selected is that I am given a national platform to share some of the best practices that our firm is known for back in Akron," explains Chip.

In 1984, sensing a change in family preferences, Chip Billow sought ways to ensure a consistent level of service across the spectrum of all funeral-related options, including cremation. Billow's became the first funeral home in greater Akron to install its own crematory, which allowed the Billow family to guarantee that those families who prefer cremation will receive both peace of mind and the highest levels of service. Today, a number of other funeral homes in Northeast Ohio also trust Billow's Crematory to assist with their own cremation needs.

Chip's children, Nathanael and Stacy, are now actively involved in the company and are poised to continue building on their family's legacy as leaders of one of the preeminent funeral homes in the United States. Stacy received her funeral director's license in 2017, making her one of the first sixth-generation funeral directors in the country. Nathanael and Stacy place a tremendous value on education, and they hold regular staff training to ensure that their firm remains at the forefront of funeral service.

For instance, as a way to offer meaningful, one-of-a-kind urns, Billow's announced another first. They announced an exclusive partnership with Don Drumm Studios & Gallery to create products that are uniquely "Akron." These affordably-priced, solid pewter urns are designed by Don Drumm himself and come in a variety of styles and sizes, including his famous sun and moon designs.

Nathanael Billow may have summed up his family's business best: "For generations, the Billow's have been a family of firsts. The only way my sister and I can properly honor the legacy of our ancestors is by continuing our family's tradition of placing the dignity of local families and their departed loved ones first." 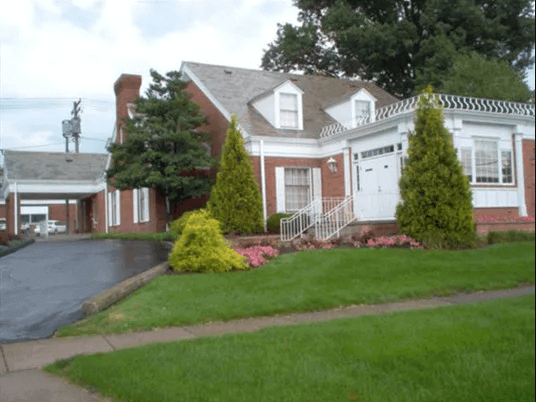